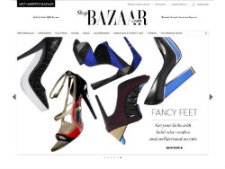 Traditional media forms such as newspapers and magazines have faced declining revenue and readership with more and more of their audience turning to the Internet for their news and entertainment. To find additional revenue to make up for the decline in print subscriptions and ad sales, many magazines are expanding their media platform to include being an ecommerce platform.

So, what is ecommerce? Ecommerce is any type of business or commercial transaction that takes place over the Internet. Basically, consumers can purchase goods or services that they pay for electronically over the web, with no barriers in regards to location and/or time. Buying or selling anything from an online store is a form of ecommerce.

The Rise of Editorial Ecommerce

Merging ecommerce features into a magazine’s editorial experience seems like a natural progression. How many times have you flipped through a magazine and seen an item mentioned or advertised that you’d like to buy? It’s this type of thinking that has inspired several publications to expand into the ecommerce arena.

Editorial Ecommerce: The Disappearing Line Between Editorial and Advertising?

There has always been a church-state relationship between the editorial and advertising departments within media companies. In other words, both are separated and one doesn’t influence the other. But, the media industry–like many other industries–faces the difficult task of evolving in the face of different consumer habits and technological advances.

Mashable recently featured an article covering the issue of whether ecommerce can help keep magazines afloat and how many ecommerce sites such as Gilt are dipping their toes in editorial water.

Is this the future for the viability of traditional media platforms like magazines? Will ecommerce sites become more editorialized? What does this mean for both these areas? Share your thoughts in the comments below.